2 have roots in Mass., 2 are from outside state

COLLEGE AND UNIVERSITY funding issues, consensus-building across different interests, and navigating a system that balances campus autonomy with government leadership are among the pressure points state higher education overseers highlighted Thursday as they set out to narrow the field of potential new commissioners.

Over a nearly six-hour stretch of interviews, the Board of Higher Education sought to learn more about the four finalists for the top public higher education job in the state and assess their professional experiences, top priorities, and potential fit in the world of Massachusetts colleges and universities.

Education Commissioner Carlos Santiago announced in January that he planned to step down. He projected an end-of-June departure from the job that pays him a $243,734 yearly salary, but Board of Higher Education Chair Chris Gabrieli has said Santiago is open to remaining on to assist with the transition to a new commissioner.

A search panel named four finalists earlier this week, and the board plans to vote on Aug. 30 to recommend its preference for the next leader.

All four candidates answered questions from the board for more than an hour Thursday before participating in 45-minute forums with Department of Higher Education staff, campus representatives, members of the public and others affected by the process.

Here are some highlights from the public interviews:

The first candidate to meet with the board Thursday, Ortega served for about two years as education secretary in Pennsylvania before stepping down from that role in April. He previously worked for eight years at the University of Michigan in a range of academic and administrative positions and spent almost a decade at several public and private universities in Texas. 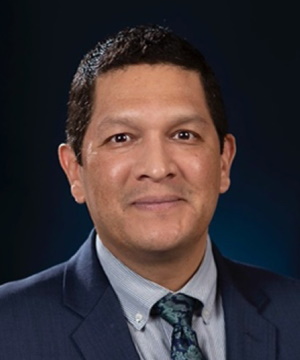 Ortega pointed to that experience when asked for a concrete example of steps he took in his career to improve educational outcomes for low-income students and students of color. He recalled being hired with a goal of improving performance for students of color in South Texas, which is home to massive Hispanic and Latino populations and in Ortega’s words home to “some of the lowest post-secondary attainment rates in the area.”

One factor behind the disparate rates, according to Ortega, was a dearth of colleges and universities in the immediate vicinity, leaving many families — particularly those with prospective first-generation college students — hesitant to undertake significant travel for higher education.

Ortega’s team built partnerships between public and private institutions to open satellite centers in South Texas, which he called “little, small wins that begin to pick up momentum in the idea of creating a college-going culture.”

“While it was explicitly initially supposed to be something to help the Latinx community and improve post-secondary education, very much a racial equity type of initiative, it ended up benefitting the entire southern portion of Texas,” he said.

Ortega also described one of his top concerns as a “troubling trend” of Americans increasingly questioning the value of a college or university degree and arguing that “college is not for everyone.”

“To me, it’s a very disturbing trend that we must continue to push back on,” Ortega said, arguing that many voices making that point themselves attended college.

Next up before the board was another out-of-state candidate. Alvarado worked for more than a decade at Long Beach City College before joining national non-profit JFF, where she partnered with state education system leaders with a focus on expanding pathways to higher education. In 2019, she joined the California Community College Chancellor’s Office, where she serves as executive vice chancellor for the office of equitable student learning, experience and impact. 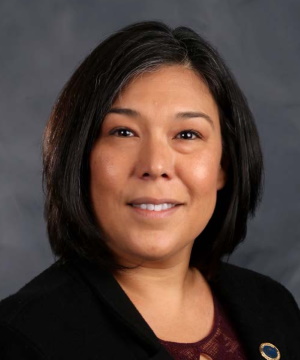 Alvarado called in her interview for pursuing “disruptive change within higher education,” warning that a “static” culture among campus leaders and state overseers would prevent officials from best supporting students in an evolving economic reality.

When the discussion turned to technical and vocational education, Alvarado said she wants to break down a “false dichotomy” that pits liberal arts and technical courses as mutually exclusive.

“We have a knowledge economy,” she said. “In order for individuals within our state to be able to thrive in the economy beyond an upward career mobility trajectory, they have to have both the higher-order thinking skills along with the concrete technical application skills and the ability to take information, process it, recognize patterns, etc. in ways that enable them to be really viable in ongoing career transitions.”

Unlike the model in Massachusetts, California has a decentralized community college system with 116 campuses overseen by 73 locally elected boards. Alvarado said she worked with a team of officials during the pandemic to rethink community college policies and address issues that erupted in the early days of COVID-19.

“What that enabled us to do then is learn where we had policies in place that just were not helpful to our students, not helpful to an environment where we wanted students to thrive,” she said. “It really prompted several conversations around what it means to create unconditional belonging and to support our students and to ensure that we were contributing to their success, not judging their worthiness to be there.”

After a lunch break, the board turned its attention to the two Bay State candidates for the state’s top higher education post, starting with Churchill. 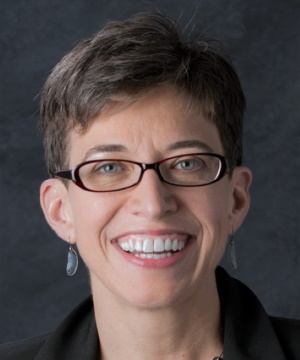 She has served since 2018 as the associate dean for strategic initiatives and community engagement at BU’s Wheelock College of Education and Human Development, a role in which she serves as the primary liaison with Boston Public Schools. Churchill’s experience stretches around Massachusetts, too, including stints at Salem State University and Northeastern University before she joined BU.

“As I talk to local chambers here in Boston and in the commonwealth, it is clear that we’re in a time in our history where employers need to hire and they’re really desperate to hire, and they have also raised their own equity agendas and they are trying to hire more diverse candidates,” she said. “I believe the public system can be the partners to our employers.”

Asked about work she has done to assist low-income students and students of color in her career, Churchill recalled her work in continuing studies programs at Northeastern and at Salem State that were geared toward non-traditional students, many of whom took classes part-time while parenting or working lower-income jobs.

Those courses were “flexible and geared toward meeting students where they were,” she said, including with hybrid courses.

“Throughout my life, I have centered what I would call the most underserved, the ignored, the folks who are in the corners of the room, and tried to do work that addresses them and puts their needs in the center,” Churchill said.

Rounding out the day of interviews was Glenn, who has been president at Northern Essex Community College since 2011. 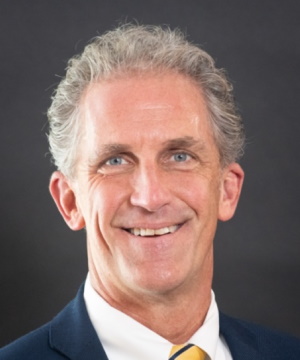 Glenn said he is proud of his tenure leading the community college with campuses in Haverhill and Lawrence, particularly its focus on serving Hispanic and Latino students.

“Massachusetts has one of the worst Hispanic-white college attainment rate gaps in the nation. Northern Essex Community College has one of the highest proportions of Hispanic students at any college in Massachusetts,” Glenn said. “That population is growing at a time when most other demographics are not. Therefore, we as an institution are uniquely positioned to close that gap and help more residents of the commonwealth prepare themselves for a prosperous future.”

When the board asked him about his views on public higher education financing, Glenn referenced a Commonwealth Magazine article he wrote in 2018 pointing out that at the time, no public college in Massachusetts received more than 50 percent of its funding from state government.

Instead, Glenn said Thursday, “we’re an entire system of private institutions with public support,” an outlook he said Bay Staters are often surprised to hear.

Reporter, State House News Service
E-mail
Bio » Latest Stories »
“Over decades, we’ve shifted from this notion of public higher education as a common good to public higher education as a private good, and in the process, we’ve shifted the burden of paying for it from the public to the individual,” Glenn said. “However you feel about that, that’s what has happened, what has led us to soaring student loan debts and things like that.”

He said individual campuses need to retain the “autonomy they need to fundraise” and work with foundations or other partners, while warning that performance-based funding models to steer dollars to colleges and universities could harm students.